If Peter Alexander Reiserer I had lived today I would probably be the king of social media.He had all the qualities for it, he was a tireless worker, rigorous, original, creative, innovative and methodical in his
work.
With really rudimentary means he created a universe that even today nobody in the whole underwater world has managed to match. His
photos reproduce theatrical scenes of denunciation or poetry that leave us speechless even today.
We are left with his beautiful images, his strength and his inspiration and I thought it was worth enjoying it together. 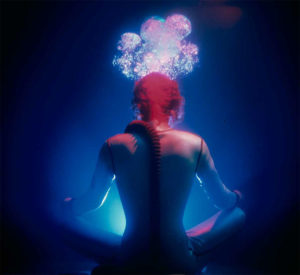 In his last 27 years of life he became one of the most amazing photographers in the world.

He was born in Germany, in Rosenheim
in August 30th, 1935. He was an apprentice carpenter and then a sailor. He enlisted at age 19 and was in the Navy for 18 years. There he discovered deep-sea diving, which will be his profession, while working in shipbuilding.
Photography was his hobby and he was self-taught. He began his career as a photographer and diver in 1957, a time when diving was an adventure and divers were considered rare.
His work as a diver in the navy led him to travel to places like the Red Sea and the Indian Ocean, and there he began to photograph with a Robostar and later with a Rolleimarin, the queen of the under 50’s cameras. Then he discovers the Mediterranean and in 75 he moves to Ibiza where he opens a Diving Center which he calls Subfari… 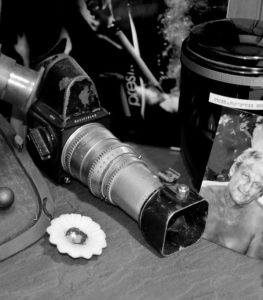 I met Pedro in the mid-70s when I decided to start spending my summers in Ibiza.
Until then, during the vacations I moved around Alicante in my family home and also around Formentera, the island that I fell in love with from the first day.
Some Catalan friends told me about Ibiza, a safer place, since we had small children and the health issue in Formentera, in those years, was a bit short. They told me that the north coast of Ibiza had unique qualities for diving and was an area of exceptional beauty and little visited and “the most important thing” there was a Diving club where we could load the equipment.
In July, a group of Catalan and Madrid friends appeared there, ready to for anything. I remember that it was already night when I arrived at Subfari Club to meet the person in charge. I was amused by Pedro’s Spanish, similar accent as other German instructors I had found in other clubs on the coast.
After a long conversation I told him about my needs and what we were planning to do and that we had everything including outboard boats,so I told him that we just needed to be able to fill the tanks every day.
After giving me prices per liter of air higher than the best Rioja wine, we agreed to bring him the tanks, which in those days were a 10 or 12l bibo, and we agreed to attend a slide show the following night and he agreed that I could bring some of our material to view…

His underwater photos impressed me 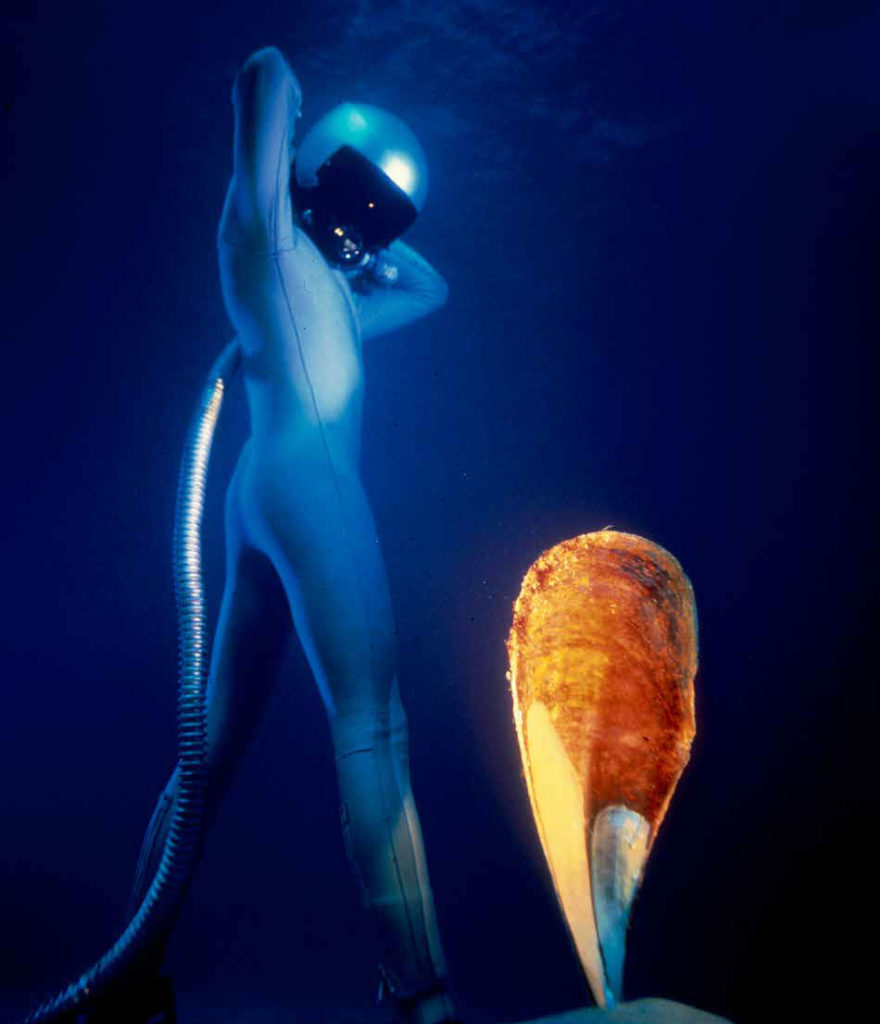 From the first moment I was impressed by the quality of the photographs I was seeing. Most of them were from Maldives, where he had spent the winter running a club with his assistant Jaime Roca. In those days Peter took pictures of wildlife, which he would soon forget, but in most of them, besides showing the impressive beauty of the Maldivian backgrounds, the main subject was his friend and assistant Jaime. He also had a fine collection of slides made in Ibiza in which he continued to use models and illuminate them in a way that I could not undestand… 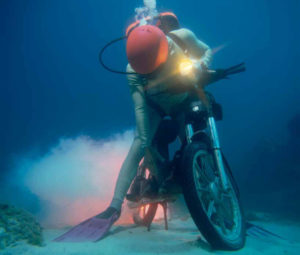 Respect, admiration and friendship for the photographer

That night my admiration and friendship with a person difficult to find elsewhere was born. In those days the north of Ibiza was an undiscovered wonder. We had miles and miles to dive in crystal clear waters all by ourselves.
Peter had his dive sites very close to the base, besides having his photography studio very close by, in shallow, very protected sites with great visibility….

“Coca-colas”; amphoras and other archaeological remains

Another of his hobbies, underwater, was the search for “coca-colas”, as he called the amphoras and other archaeological remains quite abundant in the area. He said that the cove of Portinatx had been a place much visited in antiquity. I remember that after the hard tramontana storms that took place in mid-August, with great removal and dragging of the sandy bottom of the large cove, we were dedicated to the search for the prized “coca-colas””. 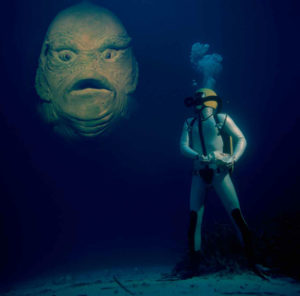 In the 80s Peter gave free rein to his creativity, and
constantly told me how much he had been
impressed by Spielberg and his films, especially the way he used light in some of them. He had some very productive years, his Hassel and his flashes were constantly capturing all the ideas he had come up with during the long winter nights in Ibiza. He hardly ever left the island anymore, except on rare occasions when we would get him to spend a few days in Madrid or Barcelona with us…

A report by Paco Candela with photographs by Peter Alexander Reiserer 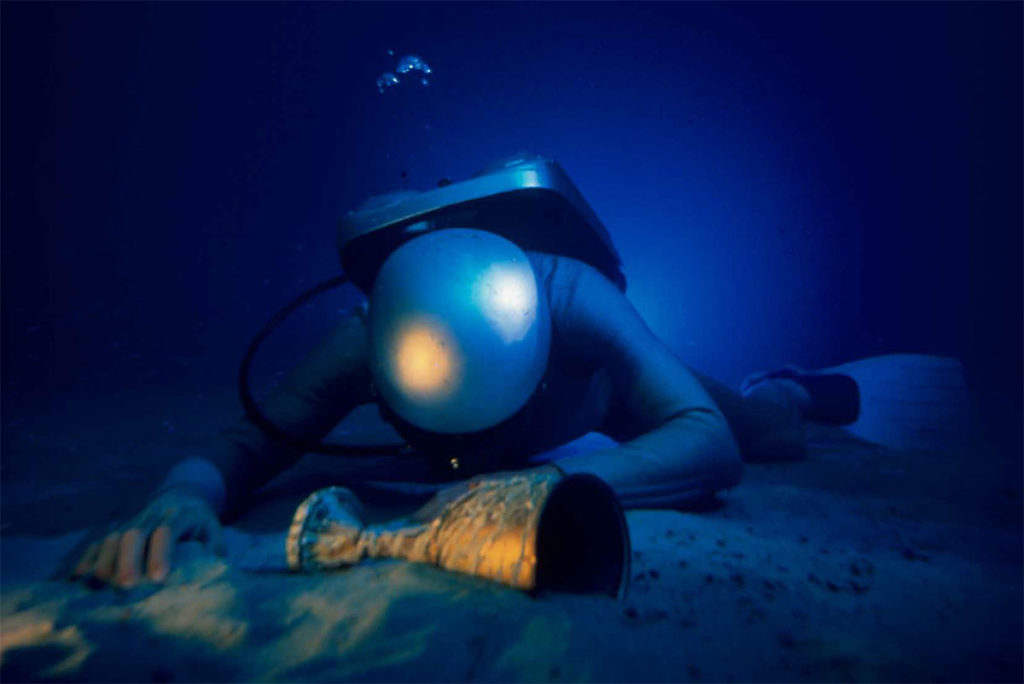 Species of the marine world of the Canary...

Diving in the Cabrón Gran Canaria